The club is a branch of Toastmasters International and the aim is to help develop oral communication and leadership, and is aimed, at those that are terrified of making a speech, those need to improve their public-speaking and anyone who feels the need to improve the skills they may already have.

The clubs’ President is Steve Birch who has first hand knowledge of what Toastmasters International can do, as he admits he was one of those in fear of having to speak to an audience, before joining the Cheltenham branch:

“It’s helped me to speak in public with confidence. When I had to make a speech at my wedding, it consisted of me getting up and saying “thank-you”, my wife then got up and made the grooms speech. At a later date I then joined Toastmasters learning new skills this enabled me to give a 15 minute eulogy at my father’s funeral, which got a standing ovation. Previously I would not have been able to utter a word in front of an audience.”

The club already has a committee, including the BBC Hereford and Worcester presenter Dave Bradley who is new to the organization:

“Steve has talked with great enthusiasm about Toastmasters and I have seen at first hand what it can do for people. Getting up to speak in public is a lot harder than talking on the radio, as you don’t get a reaction from a radio audience. If you say something you think is funny, you won’t know if folks are laughing, with a live audience you soon know if you are interesting and amusing.”

The  club meets on the second and fourth Tuesday of each month at the Great Malvern Hotel in Graham Road, and everyone is welcome to come along and find out just what it’s all about. 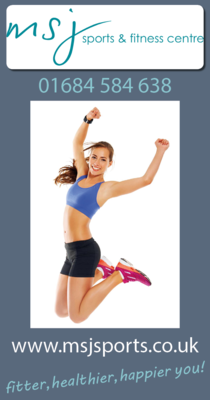