This circular walk of 3.6 miles includes two of Malvern’s significant wells, the Holy Well and Eye Well. They provide a valuable insight into the historical legacy of Malvern Water and its subsequent influence on the development of Malvern and its environs.

Some of the paths can be narrow and quite steep and therefore they are not suitable for buggies. Dog walkers please be aware that there often sheep in the fields around Cotton Cottage and Brickbarns Farms.

This walk provides picturesque views of the Malvern Hills, with the Wych Cutting to the north then Perseverance Hill, Pinnacle Hill and to the south, Black Hill. Once up on the Hills during the second half of this walk there are plenty of opportunities to enjoy the stunning views across the Severn Valley towards Bredon Hill and the Cotswolds.

The walk begins from the car park to the St. Wulstan's Nature Reserve which encompasses 22 hectares of woodlands and wildflower meadows, map reference SO 7805 4142. The nature reserve is located in Upper Welland at the end of Assarts Lane and is signposted from the B4209. Head out of the nature reserve, up St Wulstans Drive and past the modern houses until a delightful front garden full of statues and ornaments is reached. The footpath is signposted to the right and leads to a five bar wooden gate. Take the footpath to the left with the ditch running alongside heading towards the hills at map reference SO 7802 4166.

Continue through the next gate and after a short while the gently rising contours meet a dense wood; several footpath signs point in the same direction to a path circumnavigating the edge of the wood next to the Abbey College grounds. After a steady uphill walk the path emerges out into Kings Road. To the right is the back entrance to the College. Turn left along the Kings Road and then climb up the very steep Richmond Pitch to the Wells Road. On the right is the attractive Victorian Malvern Wells Primary School which was constructed in 1885. A little further on is the Abbey College. Opposite the College is the Tyrol House Fountain which has been built into the side of a garden wall, map reference S0 7724 4162.

Return along the Wells Road and opposite Richmond Pitch is the bus stop for the 362 and 363 which ply between Worcester, Kempsey, Upton-upon-Severn and Malvern Link. Behind the bus stop is a small path leading up to the Holywell Road. This is the original coach road from Ledbury to Great Malvern. Cross over the road and climb up the steep, unmarked path zigzagging up the hillside, past Rose Hill Cottage and then Broomlea Cottage.

On the way up, an unusual cast-iron column is hidden amongst the trees with a small brazier styled top section. Finally a seat on the lateral path comes into view at map reference SO 7702 4138. Now turn right in the direction of Great Malvern, the path continues to gain height.  There are spectacular views of Little Malvern, Upper Welland and further on into the valley the village of Welland.

The path continues along the contour hugging the hillside, ignore the one leading downhill to the Holywell Road. The path now regains some former lost height and leads to a bright green wooden seat with an engraved plaque ‘In memory of one who loved these hills 1932’. Now take the higher path at this junction for approximately 100 metres and near the edge of the path is the tiny Eye Well. It was refurbished with Lottery Funding in 2008. However it can be easily missed, as it is literally a small brick surround at ground level near the base of a tree.

The Eye Well was well known in the 1600’s. In a text published in 1622 by Richard Bannister, entitled, ‘A Treatise of One Hundred and Thirteen Diseases of the Eyes and Eyelids’. It describes the lines of a song at the time which starts with:-

Just
A little more I’ll of their curing tell
How theye help sore eyes with a new found welle;

There is no suggestion that one should bend down or lie on the ground with ones eye in the puddle, so probably the best thing to do is to retrace the route back to the seat mentioned previously and continue on the lower path around the head of the valley in amongst the trees to a point directly below the Eye Well.

The Holy Well which dates from 1558 should now be visible further down the valley. Carefully pick a route down the steep faintly defined track through the trees towards the terraced gardens and around the side of this attractive building. Take some time to admire the refurbished interior and information boards that describes the history of the Holy Well which is reputed to be the World’s first water bottling business in 1620, map reference SO 7703 4233.

The Holy Well was Malvern’s most popular spring during the eighteenth century. St Ann’s Well took over popularity after the rise of the towns famous hydrotherapy water cure in the 1840’s. The original Schweppes plant was located here in the 1850’s before it moved to Colwall. Charles Darwin and Florence Nightingale were recorded has having drunk the waters to improve their health. A simple stainless steel spout provides the flow of Holy Water into a basin located on the wall of the cottage styled Well House. Admire the attractive three-story Georgian Building named Rock House close by.

After visiting the Holy Well take the signposted bridleway past the cream painted Holywell Cottage heading in a northerly direction. Paths join in from the left, keep to the lower path which follows the same contour until the path splits again then take the lower path. To the right on the Holywell Road is the newly refurbished, cream painted Wells House. It was built in 1748 as a coaching inn, and was later converted into a small hotel for visitors to the area enjoying the water cure. It then became a preparatory boarding school between 1914 and 1991. Rick Stein was a former pupil here.

Above the Wells House, an old iron railing fence comes into view. Looking to the left nestling amongst the trees and bushes is a disused chapel. Keep to the lower path which then skirts the rear of The Cottage in The Wood Hotel grounds. The fence of the hotel grounds returns downhill with our path continuing at the same elevation, this is map reference SO 7707 4277.

Continue straight on following the small track which then rejoins the wider path mentioned previously. Continue past a green seat and houses come into view on the right, each of which enjoy incredible views across the Severn Valley. The path leads into a turning point at the end of Eaton Drive, continue to the junction with Westminster Road and take the steep downhill footpath into Hanley Terrace. There is a hand rail for extra support which is worth hanging onto particularly at the steep top-end of the path. The terrace runs parallel to the busy Wells Road. A few steps further down, the signpost clearly indicates the route crossing the road

This is an abridged version of a walk from Book Three: A Pictorial Guide to the Malvern Hills, published by Malvern Walks at £8.50.  Available in local bookshops like the Malvern Book Co-operative (2 St Anne's Road, Malvern) and Tourist Information Centres in Malvern, Upton Upon Severn, Ledbury, Worcester. 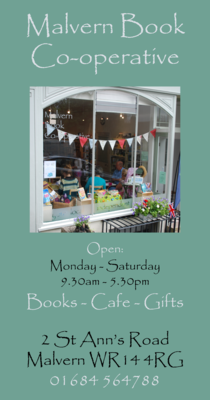 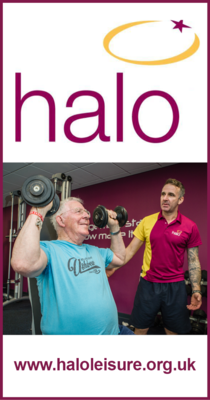